Truffle – The King of the table

The reddish-black flesh of the fine black truffle, where thin white veins intertwine, or the aristocratic and fragrant perfume of the white truffle suggests that there are numerous Italian varieties of the Black Diamond.

As for truffles, Italy — and especially Umbria — is a lucky area: in certain periods of the year, Umbria becomes a huge truffle bed! Its hills, covered by woods in which these jewels are hidden, are a plus in the growth of truffles. In Umbria, there are at least seven different species of truffle. Among them, there are the savory and wrinkled fine black truffle, the white truffle with its incomparable taste as well as a series of mid-season truffles, renowned and precious as the first two.

The Truffle from Casale1485 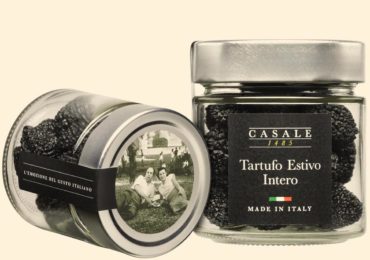 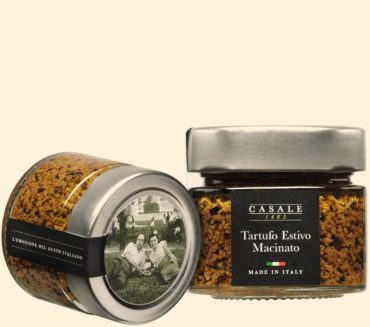 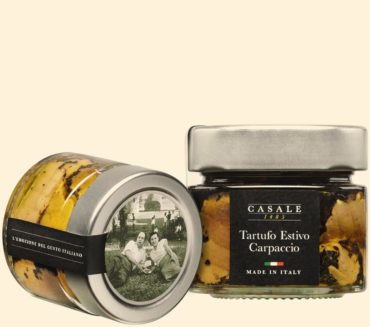 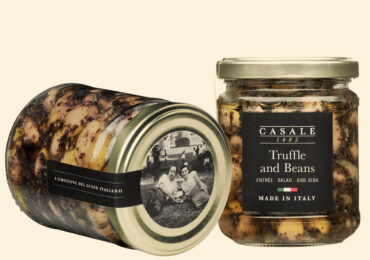 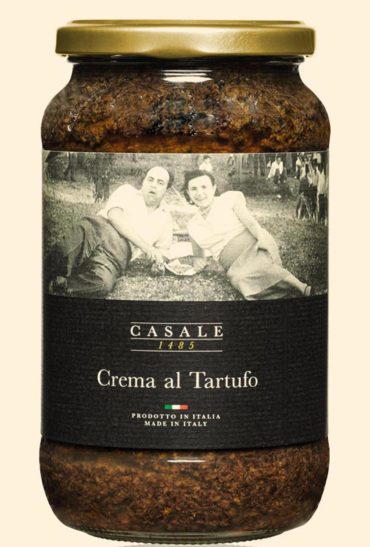 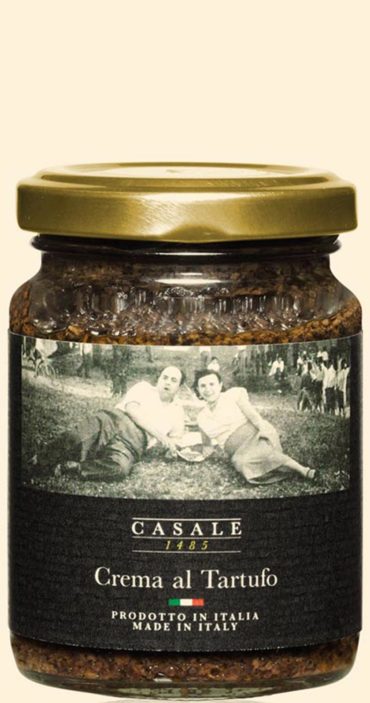 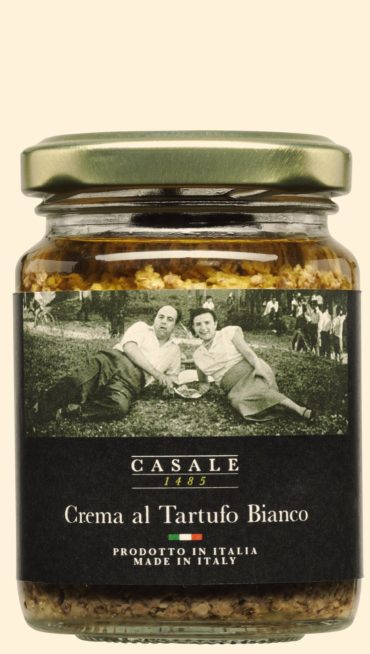 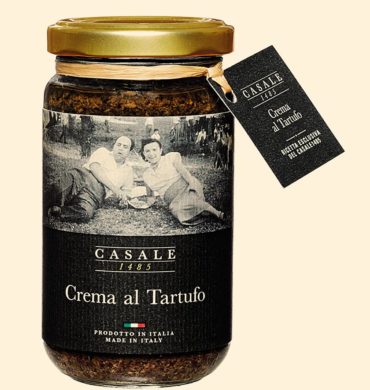 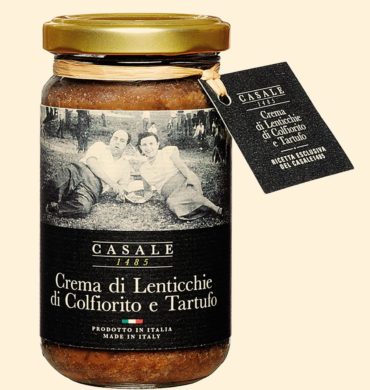 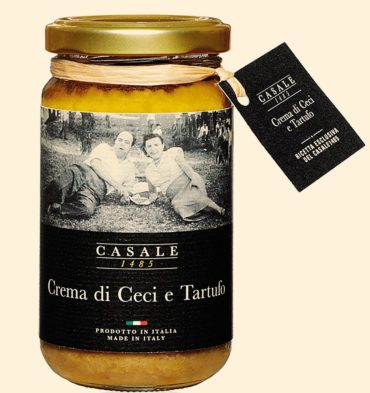 Truffles are harvested only in certain periods of the year. Before enriching our plates with this delicious produce, it is necessary to wait for the spores to mature. Our feisty pet friends, the truffle dogs, are the real heroes in truffle hunting as they help us find truffles without hoeing the ground, which could accidentally damage them. Either white, black, “bianchetto” or “scorzone”, the truffle is ready to be picked when it has fully developed as an unripe truffle would be completely flavorless.

In Umbria, the most common type of truffle is the fine black truffle. It matures from November to March and prefers calcareous and clayey soils. It grows abundantly near plants such as oaks, holm oaks, beeches, and chestnuts. The fine black truffle can grow as big as an apple and its surface is rough but not angular.

The white truffle is rarer and, consequently, more precious. The “White” one matures from October to December but, if it is located in a sheltered area, it can also be found throughout the whole month of January. The white truffle grows at a greater depth than other truffles. It is usually found near plants such as poplars and willows but it can also live in symbiosis with oaks, Turkey oaks, and hornbeams. The unmistakable aroma of the white truffle, sharp and penetrating, is really inebriating.

The high-quality of the white truffle depends on its shape, which should be as regular and round as possible. Its size can vary from that of a small nut to that of a big orange. The color of its flesh changes depending on its stage of ripening but it is usually darker than the external part and can take on various color shades from dark brown to pink or wine. It can be served in very thin slices, with simple dishes, raw, or in white truffle sauces. It makes it so convenient to spoil yourself or your guests any time!

Finally, bear in mind that, in August, in Umbria you can taste another delicious truffle, maybe less known than others but equally tasty and flavorsome: the Tuber Aestivum.

Appreciated and tasted since ancient times, truffles date back to the ancient Rome, as told by Pliny the Elder and Plutarch. According to the writings of the latter, the origin of the fragrant underground mushrooms lays in the combined action of lightning, water, and heat. Other ancient writings dating back to the Renaissance tell us that the truffle has always been considered the food of the rich as it was included in the menu of nobles and prelates.

The preparation of this delicacy is simple but demands great care.

Before serving truffles, remember to brush them in order to remove any earthy residue. You may also remove the hard zest with a paring knife. Then, you can finally grate them with a grater or zester. Both white and black truffle may be cut into thin slices as a truffle carpaccio or laid on some roasted bread and seasoned with a little extra-virgin olive oil.

A truffle to fall in love

The aphrodisiac properties of black truffle and white truffle are widely renowned. Although they cannot be demonstrated scientifically, the “energizing” properties of truffles and their effects on Love have created an aura of magic around them since the dawn of time.

A romantic dinner with black truffle is certainly a winning card to play if you want to impress someone you wish to seduce. Those who are already in love may celebrate their union — on St. Valentine’s day, why not? — with a dish of fine truffle.

Wine pairing – The right match between truffle and wine

In order to make the most of a lunch or dinner with truffles (especially if it is a romantic occasion), you need to match them up with the right wine. The first thing to bear in mind is that truffles have a delicate yet penetrating taste.

Indeed, the truffle includes aromas which go from the damp earth of the undergrowth to hazelnut. A strong gas component can also be smelled. This is the reason why it is fundamental to pair it carefully in order to avoid that the scents and tastes of the wine and the truffle overlap, thereby preventing our palate from tasting them both properly.

Here are some cardinal rules to follow to create a balanced match of wine and truffle. Avoid both flavorsome and particularly acid wines. If you prefer wines aged in barrels, remember to opt for those which do not have an excessive touch of vanilla.

Among white wines, you may choose a Riesling, both Renan and Italico. Truffles also pair well with Verdicchio and Bianco di Custoza. The match between black or white truffle and wines originating from volcanic grapes, such as white wines from Etna, is also recommended. You should really give it a try!

As for red wines, avoid matching both black and white truffle with full-bodied wines because they may have a too strong aroma. Hence, it is better to opt for wines such as Nebbiolo and Pinot Noir, which are light-bodied but full of savory depth.

Finally, to the lovers of sparkling wine, we recommend avoiding excessively fresh wines. Instead, go for those with a particularly silky taste.

Contact us to get all information about our Truffle.
Call now Chat with us on Whatsapp Know more